Toyota City, Japan, September 28, 2016―Toyota Motor Corporation today unveiled an overview of the Japanese market specifications of its new C-HR, or Coupé High-Rider. Toyota will begin accepting advance orders online4 in early November, and the market launch will follow at the end of 2016 at all Toyota, Toyopet, Toyota Corolla, and Nets dealers nationwide.


Since the C-HR's debut as a concept vehicle at the 2014 Paris Motor Show, the crossover SUV has been exhibited elsewhere in Europe, such as the 66th International Motor Show 2015 in Frankfurt. Approximately one year since its display at the 44th Tokyo Motor Show, Toyota is now unveiling the Japanese market specifications of the mass-market version of the C-HR.

Through its distinctive styling and driving performance among other features, Toyota hopes to increase the demand for the C-HR from a wider range of customers within the growing compact SUV market.

Under the concept of the "Sensual Speed-Cross", the design of the C-HR features a diamond architectural theme, with eye-catching details that have been sculpted and chamfered to represent the facetted surfaces of a precision-cut gemstone. Viewed from any angle, the elegantly integrated detailing creates a delicate balance of precision and sensuality.

The driving concept behind the C-HR is that of responsive driving performance. With further refinements to the TNGA platform, the vehicle has improved chassis rigidity, handling stability and comfort. Furthermore, the driving performance has been thoroughly enhanced with repeated driving tests that have been conducted on varying types of roads throughout the world, including Europe and Japan.

Ahead of the market launch, Toyota plans to hold an advanced test drive5 at the Fuji Speedway on November 26.


The standard S and S-T grades, and the more fully-feature G and G-T grades are available in both hybrid and turbo engine versions.

1Toyota's unique front expression imparts an impression of intelligence and clarity, based on a combination of the dynamic Under Priority and an emphasis on the three-dimensional Toyota mark.
2Toyota's unique front design that emphasizes the lower grille and improves aerodynamic performance, cooling, and pedestrian protection safety.
3Toyota New Global Architecture: Toyota's company-wide program to structurally transform automobile design
The goal of TNGA is to dramatically improve the basic performance and marketability of Toyota vehicles by reforming and integrally developing new powertrain components, vehicle platforms, and parts.
4Toyota Motor Corporation's official website//www.toyota-global.com/
5Details will be posted on Toyota Motor Corporation's official website (//toyota.jp/).

Main features of the new C-HR

Sequential turn signals, in which 12 LEDs light up sequentially from the inside to the outside, had been adopted for the first time in a Toyota brand vehicle.

A light source projects the C-HR logo on the ground, lighting the driver's way which makes going out at nighttime a fun activity.


Other main points include the following: 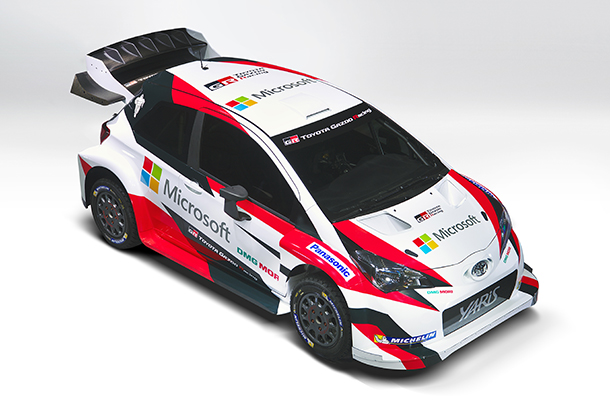